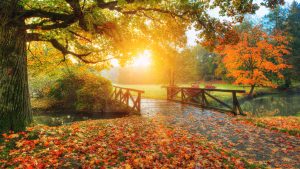 My journey of faith has been cyclical. There have been periods of deep belief when I took scripture literally and accepted the fundamentals of Christianity without question. Though that was early in my life.

There have been times of moderate faith when I sincerely examined my beliefs and searched for answers to my nagging questions. Is the Bible without errors? Is the Virgin Birth necessary? Why is there a hell? What is sin? What if there wasn’t a resurrection? Can’t the crucifixion be enough? Isn’t Jesus dying in love sufficient? Why is Christianity the only true faith? And many more questions.

And there have been times of honest doubt. Times when it all seemed trite and superficial, arrogant and superstitious. When God was little more than a jealous tyrant and Jesus a good but misunderstood teacher. When the church was a clique and membership catered to the wealthy and the influential, the ones who chaired all the important committees and ran the budget process. And the poor were looked down on and rarely recruited. And the uneducated were sidelined and left out of key decisions. And worship wasn’t dignified and sacred, inspirational and affirming, wise and instructive, but hoopla and chatter, bands and raised hands and the atmosphere of a sporting event or a band concert. Little more than hype and stimulated emotion.

Today my beliefs are centered around the puzzling and often desperate longings of humanity. Actually, any authentic faith I ever possessed has always been from that focus. I tried for years to make it the core of my ministry, the theme of my preaching, and the heart of any worship where I was a leader.

I do not attend church now, even online. I quit actually attending some years ago. I was broke and had no tithes or offerings to give. When I left I was never contacted by my pastor. The associate pastor called to remind me I still had a number of books left in the small office I used. I left them there for the church library. I didn’t take the lack of contact personally. It’s a large church and members come and go. But I often emailed the senior pastor and praised his thoughtful and gifted preaching. Sometimes he would reply.

As time has gone by I have a feeling of loss about the church. It seems in crisis and has been suffering from a lack of meaningful influence for far too long. I am certain it still provides comfort and affirmation to many loyal to its services. But I don’t see the Christian Church adding to the health of society. Or ministering to the enormous needs that exist in this country. Or taking a courageous and highly public stand against racial hatred, police brutality, gun violence, the judgment of gays, the demeaning of women, the worship and hypocrisy of politics and politicians, and the offensive diluting of the essential teachings of Jesus Christ.

Conservative evangelicals and even the majority of Christians have always thrived on a sense of embattlement. Historically, it was the fight against sin and satan. More recently, the battle is against Democrats, the liberal media, and socialism, which is really human services to those in need, the very thing Jesus taught and modeled. They fight gun legislation and abortion rights and care little for the consequences of their harsh judgments and wildly cynical outrages.

I have no use for these things. Or the leaders who promote and profit from them. And I am stunned by the gullibility of those who support them.

Give me the quiet of nature. The giggles of children. The affection of pets. The sacredness of love that endures. Let me be overcome with the brilliance of sunsets and the cool breezes that float off the ocean. The rhythm of the seasons. The independence of wildlife. The calm of a spring rain shower. The cleanness of snow. The clutching of autumn leaves turning colors before they let go. That, to me, is spiritual.

Here is where my beliefs are born and restored. And in them I find the divine, the holy, and the unexplainable beauty that softens my humanity and strengthens my resolve and helps me be okay with myself and with all those I love and to the stranger I do not know.

It may not be a conventional faith. But it’s mine. And I make every effort to serve the meaning it provides. 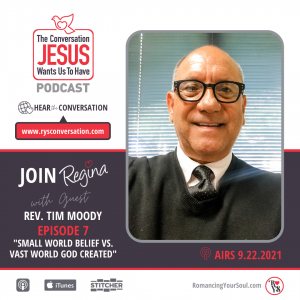 boundaries Lead With Your Heart love others question our faith