Accept What Is, to Create What You Want to Be 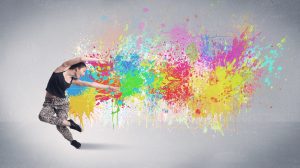 After two months at a job selling advertising for a small, family-owned newspaper, I was fired. There was no warning. There was no indication my performance was less than acceptable. In fact, I had received praise for increasing ad revenue. It did not make sense to be abruptly terminated. Regardless of how much I wanted to identify the reason, no one in the company returned my calls. I became angry and depressed. Without accepting the reality that sometimes things happen with no logical explanation, I was stuck, unable to move on. For the next few months I did little to find a new job.

Many years ago I dated an alcoholic. I did not recognize the condition in the beginning, but over time it became clear as the incidents of intoxication began to add up. After each occurrence there was an apology, a request for forgiveness, and a promise it would not happen again. No matter how much I wanted the drinking to stop, it did not. No matter how much I prayed for follow-through on the promise to seek help, there was none.  I chose to believe what was promised, rather than accepting the repeated actions as proof of what was actually true. The result is I stayed in the abusive relationship far too long.

A family I am acquainted with lost a child to a tragic accident. Before the accident, the father was a pillar of strength. He was also kind, compassionate, and had a positive outlook on life. Over the next few years he sank deeper into depression, clinging to what he thought should, would or could have been. Blame was cast, lawsuits were filed and a focus on revenge erased the memories of his once joyful life. Without the ability to forgive and deal with the tragedy, he was not able to be thankful for the joy life still held for him. He died a frail and bitter man unable to move on.

How much precious time do we waste wanting other people or situations to be different from how they are? Positive change begins by honestly looking at how unreasonable it is to suffer under the false impression we have the power to control or manipulate other people or the negative, frustrating, inconvenient or heartbreaking situations we encounter in life.

Maybe someone leaves us for another or just ends the relationship. We have two choices. We can be angry, dwelling on what we think should be, but isn’t. Or we can mend our heart by learning from the experience, feeling our sadness and picking ourselves up to move on. We choose to exchange a fantasy of the past and what “should be” for the opportunity to create a better “what is” reality in the present. This same formula works with whatever situations life throws at us.

Traffic jams and other delays are a frequent part of life. We do not receive the job we badly want and need. We realize we are in relationship with an abuser. We become conscious we are the one with a problem. The people and pets we love are sometimes taken away from us through illnesses or tragic accidents.

Relationships end. Our affection for another is not reciprocated. We slip and break an ankle. Our car is damaged by a hit-and-run driver. We lose our wallet or keys or our purse is stolen. Our luggage becomes lost or our flight is delayed or cancelled. We are diagnosed with cancer. Our parents become ill or their behavior radically changes. Someone is rude to us.

No amount of anger, yelling, worry, or desire for revenge changes what is real in the moment at hand. Only by accepting the present circumstance for what it is, rather than what we think it should, would, or could be, do we help ease the stress and upset that comes from the misconception we can control or change people and the uncontrollable and unchangeable situations of life.

When something happens in life that upsets your plans, take a deep breath. Slow down. Count to five. Relax into the truth that only by accepting what is real in the present can you take the necessary action to leave an abusive relationship. Or rebound from losing a job. Or seek help for an addiction. Or deal with an illness. Or appropriately honor the memory of a loved one.

Change begins when you accept what is, so you can begin to create what you want to be.

To Know When Enough is Enough