When to Turn the Other Cheek and When Not to 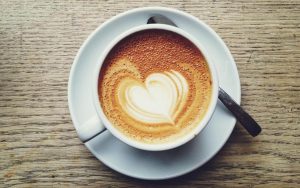 I was the only person waiting in line one day at a coffee shop when a man entered the store. He completely ignored me and went up to the counter. At first I thought he had not seen me standing in line, so I said, “Sir, the line starts over here,” pointing behind me.

He looked at me and said, “You can wait. I am in a hurry,” and placed his order.

I know exactly what you’re thinking. My egocentric pride reactively thought the same things. How dare he act so rudely? Who does he imagine he is? How can anyone behave with such calloused entitlement and disrespect? Someone ought to teach him a lesson!

Doesn’t the universal spiritual message and standard to guide our daily behavior—the Golden Rule—emphasize treating people as we want to be treated?

Even if they behave in self-centered and rude ways that cause us to want to call them an asshole?

There was a time in my life when I would have continued speaking to the self-centered man, or implored management to intervene in an attempt to get him to own his impolite behavior and apologize. However, I am grateful to have learned the benefit of not reacting or stooping to the same level of awareness that creates a negative situation in the first place.

I did not know the man. So I let the “nonviolent” actions of the ill-mannered stranger go.

There is no winner in an ego-boxing match.

The soul wisdom of knowing when it is best to turn the other cheek and avoid ego-boxing with someone’s entitled and irresponsible side was hard won for me. I perfected the art of ego-boxing with rude, callous individuals before I woke up to the futility of fighting someone’s self-centeredness with my own ego’s arrogance.

If a stranger was rude, I called them on their unconscious behavior. If an inconsiderate driver cut me off, I gave them the middle finger. If a man verbally assaulted me with homophobic slurs, I insulted his manhood.

Yet I honestly admit, never once did someone I chastised or insult acknowledge their behavior. Not one time did anyone express appreciation to me for helping wake them up to their unacceptable actions. Ego simply wants to do battle rather than assume responsibility for how we behave.

Why do people and companies, when confronted by whistleblowers over unethical or unsafe practices, work hard to suppress or alter evidence or to ruin the person’s reputation?

Why do those in positions of power or in the public eye who are accused of crimes attempt to shift blame or rationalize their actions?

Ego. My own fragile and demanding ego certainly did not thank anyone who called me on my unacceptable actions. Ego does not like to be confronted. It protects itself. We lie, for instance, and our ego then creates a web of lies in a desperate attempt to get away with the first lie. And that creates a “big” lie.

Unless we love and respect ourselves by controlling our arrogant, defensive, and unkind side, we will readily abandon our integrity and empathy. Without honor and responsibility to guide our actions, self-importance takes over. When conceit and judgment control us, we do not care about our behavior. We are not even aware of how we behave when ego is in control. And of course, our prideful ego will never condone a passive response on those occasions when we are disrespected. So,

Isn’t choosing to control our egocentric side, to behave with integrity, part of loving ourselves?

There is no “other.”

You CAN Do It!