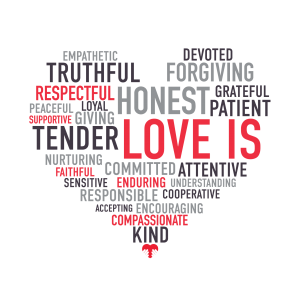 I’m gay and that’s okay with God. But my being gay is not okay to many Christians who proclaim to love Jesus who told us to “Love your neighbor as yourself.”

Including those who attend The Door Christian Fellowship, a nondenominational church in McAllen, Texas, that performed the Broadway musical Hamilton on August 5th and 6th with edited lines to reference Jesus Christ, according to viral footage of the production circulated over social media. A sermon was also added to the production in which a speaker likened homosexuality to drug addiction, alcoholism, and financial struggles.

As you can imagine, Lin-Manuel Miranda (Hamilton scandal) is not pleased his 2016 Pulitzer Prize­–winning play was altered to include words of religious judgment against members of the LGBTQ2+ community and those who struggle with addiction or other life challenges. I’m not happy either, because this sort of hate-filled misinformation about gays and those deemed to be “other,” “less than,” and “sinners” is widely spread by people who twist their distorted religious ideas of an omnipotent being to press agendas of inequality, control, and prejudice. It is always some “other,” like me, who is the focus of pretend “Christians,” those who don’t consider, or care, what Jesus would say to them if he were sitting in the pew.

I knew I was gay around age five. I cannot tell you how I knew so young. Yet it is not uncommon for some gay, bi-sexual, and transgender people to know at such an early age. Naturally, being gay was a secret I kept as long as possible. I dared not tell anyone. I knew exactly what would happen. In church, and within society, it was made clear how much my kind was despised and feared.

At age eighteen, I could no longer deny who I was and I told my parents. With the intention of changing me, they sent me to a physician who sexually molested me. Then I was locked in a psychiatric hospital because they thought I was depressed. Sure, I was depressed. I had just been sexually violated and the two people who were supposed to love me, like Jesus would, told me I was going to hell and had broken their hearts.

Sadly, my parents’ Christian religious experience taught them to detest gay people, while at the same time they had to make sense of contradictory messages, such as Thou shall not judge and Treat people as you want to be treated. So when I confessed my big secret, they faced their worst nightmare, too.

I am certain they believed their motivation was love. Maybe they wanted me to be viewed as “normal,” whatever that meant. Possibly they believed changing me to heterosexual would save my soul and I would be free from eternal hell-fire and damnation.

I am also convinced my parents desired to escape being ridiculed and shunned themselves if my secret got out. Their words to me, “You’re a business risk,” and I ought to “Go live at the Y.W.C.A.,” revealed their concern about how my being gay would look to their business associates, friends, and church congregation.

There is a happy ending to this part of my story, as Mom and Dad are now two of my biggest fans and best friends. Faced with the truth of who I was born to be, they eventually came to a place of unconditional love by bravely questioning their beliefs. When they did, they found love to be stronger than fear. What other people and the Church think of me is no longer important to them, as they know my integrity through the honesty, kindness, and responsibility of my words and actions.

But there remain countless numbers of people who proclaim a devotion to a loving and inclusive “Christ” who point the finger of blame outward, rather than turn the mirror of honest assessment around to ask themselves: “If I don’t listen to the stories of those impacted, or care that my beliefs wound people, isn’t this living in a consequence-free ivory tower of self-righteousness?”

A Bible teacher at my parents’ church lectured the class about how gays are worse than drug addicts. I mean no offense to anyone challenged with addiction; I am only saying I know well the commonness of religious prejudice and the ignorance of those who attempt to compare biologically determined sexuality with substance addiction. This self-righteousness and holier-than-thou hubris have allowed many “Christians” to abuse me in the name of their God. I have been spit on, verbally accosted, and physically threatened by those who use their dogmatic beliefs to defend their egocentric and spiritually ignorant hatred of my being different.

Here’s the truth: I am gay and that is okay with God. Yes, even though there are seven “clobber” verses in the Bible about same-sex relations. We all need to fast-forward to the 21st century and remember, Biblical times were light-years different from our own time. Anyone, anywhere, who represents Jesus or professes to follow him, has the soul-advancing duty to educate themselves about ancient beliefs that were the basis for Bible verses that continue to be used today to shape and defend Christians’ judgmental view of homosexuality.

The Religious right is wrong about me. No matter what is written in ancient texts, people who profess to be “Christ-ian” — the religion founded in Christ’s name — have the spiritual responsibility to Jesus, to God, and to their fellow human beings to challenge any and all hurtful beliefs. Pushing against the status quo is exactly what Jesus himself did. Questioning beliefs such as homosexuality is sinful, or a choice, or an addiction, is spiritually prudent, particularly since science now provides evidence for biological and environmental causes.

The people at the Door Christian Fellowship in south Texas and countless others on the religious right need to open their heart to who Jesus actually was. They need to update their understanding of the Christ who taught us to love our neighbor as ourselves. They need to accept the world has transformed in countless ways since Jesus’ era. Yesterday’s knowledge, understanding, and technology always yield to todays. Jesus would not want us to ignore scientific discoveries about human sexuality, vaccines, the environment, and so much more.

Modern science and research matter if we want to expand our understanding. We can’t simply deny science when it conflicts with a religious belief.  It is these conflicts that give us the opportunity to learn and grow. Sure, questioning long-held, generational religious indoctrination is challenging work. But to deny scientific indications that human sexuality is genetic and biological, yet accept other scientific evidence that personally validates us or a loved one, is hypocritical, illogical, and self-serving thinking.

Do we believe Jesus was hypocritical, illogical, or self-serving?

To be right with Jesus, the Church and all who profess to love him should be the solution and teach all children, by example, how to walk in his footsteps. One way to do so is to show children how to distance themselves from the bullies and religious extremists of the world. We must refuse to allow our children, and ourselves, to be influenced by people who mistreat and persecute others, including those who do so in the name of God. We must bravely defy bullying and exclusive behavior wherever it arises, in order to courageously side with a supportive and inclusive Jesus.

That means those who profess to love Jesus must truly act as he would and get up and walk out of red-hot preaching, or any religious service or political rally where leaders or their followers defend the hatred of our brothers and sisters who are LGBTQ2+. Or where they denigrate believers of different religious faiths. Or women and girls. Or those of any other race than theirs. Or they use their influence to press biased political agendas that limit people’s human rights. Or they lie to us. Or they steal from us.

What if everyone who identifies as Christian, or as a fan of Jesus, courageously moves themselves out of atmospheres of irresponsibility, hate, and disinformation?

How many “Christians” unfolded their angel wings and got up and walked out of the Door Christian Fellowship’s performance of Hamilton? None, I suspect, but I don’t know.

What I do know is that Jesus, Lin-Manuel Miranda, and I would have unfolded our angel wings. We would have joined hands stood up, walked out, and made it very clear to the religious right they are wrong about me. Jesus would tell them they are wrong about who he was – an ambassador of inclusive and non-judgmental love. He would say the Bible and their judgmental religious beliefs should never be used as a weapon against anyone when he was an ambassador of love.

Look Outside the Box