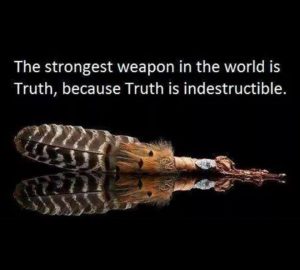 Many years ago, I entered into a relationship with an alcoholic. Although it was clear from the beginning she was addicted, I did not admit it to myself. Over time it became impossible to ignore the truth as the incidents of intoxication began to add up. After each occurrence there was an apology, a request for forgiveness and a promise it would not happen again. No matter how much I wanted the drinking to stop, it did not. No matter how much I prayed for follow-through on the promises to seek help there was none.

For too long I chose to believe the fantasy of what she promised, of how I believed she could be, rather than accept repeated actions of self-abuse as proof of what was actually true about the woman who used alcohol to avoid facing her pain and personal challenges. In this relationship I made the mistake of thinking we can change another person. By entering into this toxic and abusive relationship I also lost myself in relationship. Rather than remaining true to myself and my values, I ignored my gut and the evidence of her repeated behavior by thinking my love was strong enough to change her.

One of the most important relationship tips we must always keep in mind is the wisdom of Dr. Maya Angelou when she advised, “When people show you who they are, believe them.”

Anyone can promise anything, especially if they want to keep a situation as it is or they don’t want to honestly look at themselves. However consistent behavior is proof of who someone really is.  Your relationships will remain unfulfilled if you cling to a fantasy of what you want someone to be at some point in the future, rather than accepting the truth of what their current behavior is telling you they are right now.

No matter how much we cherish the idea of who we think someone can be, what their potential is, the person MUST choose to be their best self just as you must choose to be your best self too.  Believing what someone says while ignoring their opposite behavior is not loving, to yourself or to them.

Your love, no matter how strong, will not stop other people from being abusive, drinking, having affairs, over spending, or abusing drugs. No matter how much you love someone, your love does not cause them to wake up to how they are behaving or how they are allowing themselves to be mistreated. The only love powerful enough to make someone walk away from abuse, to change their behavior, to end fear or self-loathing, is self-love.  The only love powerful enough to make someone change anything negative about themselves is self-love.

Each of us must want to change in order to change. And, we have to take the consistent actions necessary to bring about self-change.

Our love can support others once they make the decision to change themselves.  But, until someone works to actively take the action to change, we must not allow ourselves to be mistreated.

Love does not allow abuse or mistreatment. But, often we believe because someone is family or a close friend we have to hang in there, allowing them to dump their anger, self-centeredness and emotional unconsciousness onto us.  We feel this is how to love them. We may have been raised in a family where we were told not to rock the boat or we have to love and accept them for who they are. However, tolerating bad behavior is not loving those who are behaving badly. In fact the opposite is true, because not setting a boundary against mistreatment is telling the person their negative, hurtful and self-centered behavior is acceptable.

Enabling is not love. Enable is the misguided belief because I love them I must put up with their bad behavior. We cannot change others but we can change how WE allow others to treat us.  Love brings a “higher level of awareness to a situation than what created it in the first place” just as Albert Einstein said. LOVE sets healthy boundaries to say no to negative, hurtful behavior.

If you are currently in an abusive situation you must set a boundary. Choose to respect yourself and walk away, if necessary. No matter how your heart might long for the other person to know and be better, he or she will not have a clue about how their negative behavior impacts themselves and others until they look at themselves with the honesty of their own heart.

You can only be in charge of and in control of your behavior.  You cannot make someone behave differently. No matter how much you love them.  Care for yourself by being honest with yourself about the behavior of others.  Let go of the fantasy, if you just care enough they will change.  Accept you cannot change anyone’s behavior but your own.  Love yourself by making the positive changes necessary to stop yourself from being mistreated, used, abused, or being lied to.  Setting boundaries against unacceptable behavior is the loving thing to do and will result in positive change. Even if the only beneficial change you receive is letting go of thinking your love is strong enough to change others. 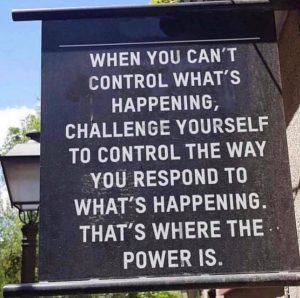 She arrived and I was there to greet her. After some time together, I confirmed I was unable to give her a ride back to the airport. The news came as a shock. Nothing I said could convince my friend that I had sent a second e-mail two weeks earlier; she thought I was lying.

I can be stubborn, and I can be argumentative. But for too many years being obstinate and confrontational did nothing to resolve my conflicts. And clinging to the notion that I had to be proven right only added fuel to the fire in the disagreements I had with others. Through experience I learned the most positive action was choosing to overrule my self-centered ego.

It was not easy, but the truth was that no matter how much I wanted validation from Katherine, there was absolutely nothing to be gained by arguing with her. Leading with the heart is caring more for friendship than pride, so I chose to let go of my ego’s need to be recognized as right. I did not want to be angry with her, nor did I want our time together to be uncomfortable. The only option I saw to ensure peace of mind was to be patient, accept what was, and allow the situation to resolve itself.

A few weeks after my friend returned home, she was having repairs made to her computer when several mysteriously lost e-mails arrived in her in-box. Among them was the one I had sent.

My friend was also right! She had not received my e-mail before she left. Yet, for many months after returning home, she was distant. She was embarrassed for not giving me the benefit of the doubt. She was upset at herself for allowing hurt feelings to invent all sorts of reasons to justify turning her back on me. She was also angry at herself for discounting my history of honest and loyal behavior. She was frustrated for permitting herself to invent ego-illusions that my innocent actions were a personal attack.

In the overall design, you and I are only alive for a very brief period—much too short to waste time holding a grudge or settling for drama, fear, and sadness. When we place more importance on being proven right than we do on our relationships, we have, in essence, donned flowing silk robes and placed ourselves in the middle of a dense rose garden. Life situations and interactions with other people become masses of twisted thorns that rip and tear at the fragile material. No matter how painful the thorns are or how deeply they tear at us, we are uncomfortable shedding the robe of our prideful self-image. Without our egocentric self-view, who will we be?

With pride at stake, we do not stop to question the cost of being right. An egocentric mind does not care about the feelings of friends, family, or strangers. Wounded ego is not content unless the whole world accepts we are indeed right and someone else is wrong. And on the occasions we are the one who is wrong, our ego is not interested in voluntarily confessing our guilt; we are fine remaining quiet as a mouse sneaking off with a piece of cheese.

To lead with our heart, we let go of the need to be acknowledged as right—even when we are. While there may be two sides to every story, there is only one truth between them. Truth has a way of surfacing eventually, making relationships worth much more than egotistically defending our personal pride. 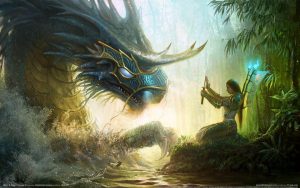 There was a time in life when I lived in fear. I was scared of dying, of getting cancer, of success, of failure. I was afraid of going to hell, of not being liked, of being alone.

Today, I can honestly say I no longer live in fear. That’s not to say I do not become afraid at times. At 3:00 a.m. when an earthquake jolts me awake, yes, absolutely, my heart races and my palms sweat as my fight-or-flight response kicks in. But I have learned that living in fear based on the negativity I am exposed to, or the trepidations of my creative and anxious mind, is no way to live.

Our mind thinks it is the wise one and will adamantly defend what it believes to be true and best. But within our mind’s efforts of self-preservation also lies that distressing emotion of fear that distances us from our positive emotions and other people, and it prevents us from striving to live our best life.

Our mind is not the faithful part of us, no matter how loudly and persistently it tells us it is. Through a lifetime of experience, I learned it is our responsible, caring, and loving heart that is the higher, wiser, faith-filled part. We discover this by bravely doing the very things our mind tells us to be fearful of. By courageously facing each of our fears, we start walking in faith, both in a power greater than ourselves, and also in our ability to deal positively with life, regardless of what may come along.

What do you fear?  What will you gain when you bravely face your fear head-on?