What if All Children Are Accepted for Who They Are 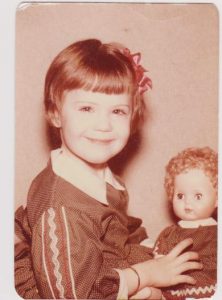 I knew I was gay around age five. I cannot tell you how I knew so young. Yet it is not uncommon for some gay, bi-sexual, transgender people to know at such an early age. As you can imagine, being gay was a secret I kept as long as possible. I dared not tell anyone. I knew exactly what would happen. In church, and within society, it was made clear how much my kind was despised and feared.

At age eighteen I could no longer deny who I was and I told my parents. With the intention of changing me, they sent me to a physician who sexually molested me. Then I was locked in a psychiatric hospital because they thought I was depressed. Sure, I was depressed. I had just been sexually violated and the two people who were supposed to love me, like Jesus would, told me I was going to hell and had broken their hearts.

Sadly, my parents’ Christian religious experience taught them to detest gay people, while at the same time having to make sense of contradictory messages, such as Thou shall not judge and Treat people as you want to be treated. So when I confessed my big secret, they faced their worst nightmare too.

I am certain they believed their motivation was love. Maybe they wanted me to be viewed as “normal.” Possibly they believed changing me to heterosexual would save my soul and I would be free from eternal hell-fire and damnation.

I am also confident my parents desired to escape being ridiculed and shunned themselves if my secret got out. Their words to me, “You’re a business risk,” and I ought to “Go live at the Y.W.C.A.,” revealed their concern about how my being gay would look to their business associates, friends, and church congregation.

My parents, like people who are taught the Bible is the absolute and infallible word of God, were instructed to believe being gay is an intentional choice. Someone who is gay, it is commonly believed, deliberately chooses to sin against God. It is also believed we recruit people to our gay lifestyle: another untruth.

Early in life I found out, as many of us do, two places intended to provide an accepting, loving, and supportive haven—my Christian church in Texas and my home—actually did not. The adage Love your neighbor as yourself only seemed to apply if the neighbor, or child, met a list of specific criteria. I did not meet those conditions because I was not heterosexual.

After a horrible and unproductive ten days in the psychiatric hospital, I was released. My parents went with me to a follow-up appointment with a psychiatrist. I will never forget the look of disappointment on their faces when the doctor explained to them he could not change my sexuality. “Like so many aspects of our uniqueness,” he said, “human sexuality is not a choice one makes.” There would be no praying or converting the gay away. What he would do is help me learn to accept myself in a world that does not.

Halleluiah! For the first time ever, I felt acceptance and compassion. And it came from a complete stranger.

Who knows, but his support allowed me to gain a small sense of self-approval. I began to think I might be worthy of love after all. The inner turmoil did not permanently resolve, however, as a result of this one confirmation. Attempting to fit into Christianity, and society in general, when I was deemed unworthy, became a recipe for anger, self-hatred, and emotional chaos.

I had no clue how to navigate the straight world as a gay member of our human family. I did not know how to love Jesus when my Christian religious experience told me God hates gays. I could not understand, at the time, why my parents, or anyone who professed to love an accepting Jesus, could shun me for being different.

For many years I stayed infuriated with and estranged from my family. I loathed them for rejecting me and for sending me to a physician who had the appalling reputation of molesting his patients. I detested the doctor, and men in general, for objectifying, abusing, and dominating women.

I was emotionally devastated by the illogical and holier-than-thou reasoning of those who defended their condemnation of my sexual orientation, when Jesus himself did not say anything on the subject. The mixed messages I received, and the recurring question of why none of the adults in my life was confronting those contradictions, was crazy making. Warring against me and other people is not aligned with what Jesus taught. He would also not excuse my warring against people who judge me. As a result, I suffered under the heavy burden of resentment and confusion—a weight so massive it almost made me give up on life. But I did not give up.

Instead, I questioned my parents’ motivation for taking the actions they did. I realized their desire to change me into what they, society, the Church, and Christianity considered normal was driven by fear. No matter how much my parents believed they were loving me, we do not love one another through insensitive fear. We can only love one another with our sensitive heart; the soul we are.

I am deeply blessed to share a happy ending to this part of my story, as Mom and Dad are now two of my biggest fans and best friends. Faced with the truth of who I was born to be, they eventually came to a place of unconditional love by bravely questioning their beliefs. When they did, they found love to be stronger than fear. What other people or the Church think of me is no longer important to them, as they know my integrity through the honesty, kindness, and responsibility of my words and actions.

My parents always cared for me. They simply had no clue how to accept me while also following their religious convictions. They seem to be at peace with this. The only thing I now feel from them is complete and unconditional love. Just as Jesus himself loves me. But as you can imagine I did not always know Jesus loves me.

The Broken Circle by Karen Winnick