Compassionate Communication: Speaking and Listening with an Open Heart during Difficult Times

I’ve spent most of my adult life feeling as though I’m fairly enlightened. Considerate, peaceful, respectful of the rights and feelings of others – “woke,” I guess you could say. Until recently, if you asked anyone about me, my friends, family, even strangers in the supermarket, they’d probably tell you, “She’s calm, kind, – has something encouraging to say…a ‘peaceful’ person.” And I’d smile beatifically, so sure of my place in a benevolent Universe, in my ability to stay centered even when people and circumstances around me were difficult. I was patient with myself, with others, with challenging life circumstances. I handed out copies of Don Miguel Ruiz’s The Four Agreements to family and friends, believed in “living in the now,” took nothing personally, and woke up most mornings feeling grateful and optimistic.

Lately though, I’ve struggled to maintain the “balance” I’ve counted on to navigate through life. I could probably give you an eloquent and “justifiable” list of “reasons” for this regrettable state of being, for this vaguely alarming sense that, despite my history as a peaceful, happy person, I have become decidedly off-balance.

Sure, this has been a tough year; no one will argue with me there. In a world in which at least a few core elements used to seem relatively certain – being close to family, counting on old friends for love and support, taking comfort in shared memories and experiences, hugging, joking, laughing, feeling like no matter what happened “out there,” we could still count on at least a few familiar rituals, experiences, and relationships to keep us looking forward to what tomorrow, next week, or next year might bring.

But all of a sudden, people I thought I knew very well were repeating fake news, ranting about how seemingly reliable media sources and public figures were “after them,” how a serious public health threat “wasn’t that bad” and how being asked to wear a face covering was “depriving them of their rights.” And if I didn’t agree with them, they declared, then I must be either “confused,” “misinformed” or just plain wrong.

“What’s wrong with them?” I asked myself disgustedly. “How can they say those things! Don’t they understand how negative/disrespectful/hurtful they sound?” I found myself gravitating towards others who were similarly stuck in loops of righteous negativity. As long as we agreed with each other about how wrong “they” were, then surely we were “right”? I was allowing the words of others to “make me” feel anxious, sad – even angry. I wasn’t listening, I was reacting. I wasn’t communicating, I was flinging words into the Universe with no regard to what effect those words were having – exactly what I was accusing other people of doing!

Then one day, I was on my treadmill, getting in my steps to Lady Gaga and Earth, Wind and Fire, when a sudden clarity came over me – not a lightning-bolt kind of clarity, but a sort of calming internal effusion of knowing that almost made me stumble. I slowed down the treadmill and settled into an amble to give my brain a chance to quiet the heck down and listen to my heart.

I remembered a conversation I’d had recently with one of my close friends. She still refused to take the current public health crisis seriously, going on and on about how she just couldn’t breathe with a mask on, and how her rights were being violated by insisting that she either wear one or stay at home. Now, instead of reverting to the judgmental mindset I’d slipped into the last time I’d listened to her, I let myself recall the stark fear in her voice as she talked about the prospect of becoming ill, about how sad she was that she hadn’t seen her four grandchildren in more than a year, about her fear that one of her adult children, who’d lost his job and tended towards depression, would sink into despair.

Instead of listening with an open heart, listening to all of her words and the feelings behind them, I’d focused on my friend’s rant about face coverings and personal rights and decided that she was being unreasonable and illogical. By doing this, I was also locking myself into a negative space, unable to empathize with her or offer her comfort. I was also pushing my own sadness, fear and anxiety into a dark corner – never a good practice for someone who claimed to exude inner peace, balance and “wokeness”!

I finished my workout, eased into my recliner, and took a good long look at my recent attitude and how it was affecting my relationships with myself and others. Yes, these were indeed difficult times, but hadn’t I long ago learned that the words I allowed myself to use mattered? I’d let myself drift away from one of my core affirmations: “Today, let me practice compassionate communication”.

Sure, maybe the current state of the world could best be described as “super-mega-freefall-flux,”but that was no reason for me to abandon my commitment to listening with an open heart, and to using words to nurture and support myself and others, not create anxiety and perpetuate negativity.

The way I see it, there are two parallel paths of compassionate communication: the way I speak to and listen to others, and the way I choose to react to the way others speak to me. The first path has to do with being mindful, not only of the actual words I’m using, but also of their intent and impact. During stressful times, the mindfulness with which I usually choose my words might not activate in time to keep me from saying something unkind or thoughtless. It’s up to me to “think before I speak” and to choose my words carefully and kindly. It’s also up to me to listen compassionately, to remember that pain and fear may also be causing others to say things they might not mean. Of course, if I feel that someone is being deliberately hurtful or deceitful, then I can choose to end a conversation, as an act of compassion to myself.

The second path involves the way I react to what I am told. I’ve come to understand that “what I’m told” includes what I hear in the media, and to address this, I’ve had to curtail my consumption of words thrown at me by public figures who wield them to create anxiety, fear, and mistrust. This sort of communication is the polar opposite of compassionate because the speakers don’t care about the negative affect their words might have on others. And with difficult personal conversations, I have several choices: one, I can agree not to take what is being said personally and simply let it pass; or two, I can choose to express how someone’s words have hurt or upset me – as long as I’m not expecting a particular outcome from doing so.

The choices I make about the words I use affect not only my own well-being, but that of others. Compassionate communication, speaking and listening with an open heart, is a deliberate choice I can make to encourage myself and others to live more balanced, peaceful lives, even during difficult times. 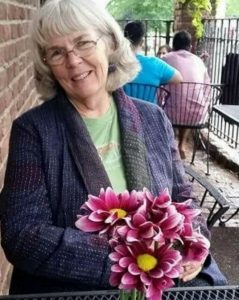 Who are we? What is our reason for Being?