Evaluate Rather Than Judge 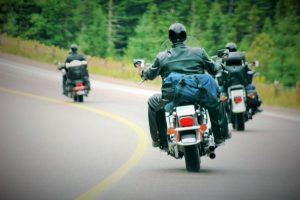 One time my uncle’s car broke down on a sparsely populated stretch of two-lane highway. This happened long before cell phones, and he was stuck in the middle of nowhere. He had to depend on the off chance that someone would happen along.

Most of the motorcycle group waved as they passed by my uncle. Two riders stopped and politely asked if they could be of help. They discovered the problem and repaired it, and soon my uncle was back on the road with a new perspective on people who ride motorcycles.

My uncle made a critical assessment, an ego judgment, based on little or no evidence. This isn’t uncommon. Such opinions are often formed about those whose religion, ethnicity, political beliefs, or socioeconomic status is different from our own.

But remember that opinion is not fact. Opinion is: (1) a belief or judgment that rests on grounds insufficient to produce complete certainty, and (2) a personal view, attitude, or appraisal.

Let Go the Need to Be Proven Right