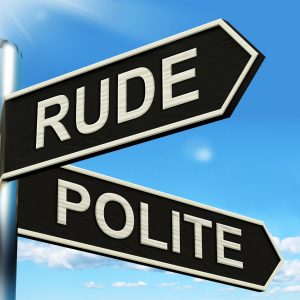 I do not comprehend calculus, theoretical physics, string-theory, or quantum mechanics. But there are lots of people who do. So people who understand these things may think that I should be able to understand them too. Maybe some people think I’m not smart because I don’t. The truth is I’m not unintelligent because I do not comprehend higher mathematics, physics, chemistry, cosmology or engineering. My awareness and intelligence lie in other areas. In fact, each of us is at our own level of intellectual and emotional awareness.

This is important to remember since we often get angry with people because we think they should know something because we know something. Just because you and I may comprehend and care about the downside to negative, rude, judgmental, abusive or self-centered behavior does not mean everyone does.

Yes, I intellectually knew stealing twenty dollars out of my dad’s wallet was wrong, but I did it anyway. One day I woke up emotionally. I put myself in his position and questioned how it would feel to have money stolen from me. Asking “how would it feel” connected me to a new level of emotional awareness, that I am personally responsible for the consequences of my actions.

There are those who know on an intellectual level but do not “know” on an emotionally responsible level how their behavior negatively impacts themselves and others. Accepting that some people are emotionally irresponsible does not mean we condone their unconscious or destructive behavior. It means, instead of approaching them with a “you should know better attitude,” we seek higher, heart directed ways to effectively communicate, interact and set boundaries with them.

Put Yourself In Another Person's Shoes